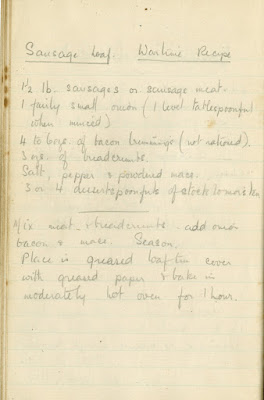 This month’s History Baker’s Recipe is from a book compiled by Ada Hartley c.1910-1970. Ada Hartley was a teacher for 47 years within the East Riding of Yorkshire, 33 of them spent at where she rose to be Headmistress. The recipe book (Ref: C DIMH/1/3) includes hand written recipes as well as recipes cut out of magazines. It was deposited with the History Centre in April 2010.

The reason that I chose this particular recipe was because I had already decided that I would make something savoury for a change. I also wanted to find a war-time recipe so that this month’s bake would tie in with our VE day 70th anniversary celebrations.

This sausage loaf recipe caught my attention as I have never made a meat loaf and I thought I would give it a try. Off to the butchers I went. I changed a couple of things within the recipe, for example I used smoked bacon trimmings and nutmeg rather than mace. I also brought in some English mustard for colleagues who fancied a try as I thought that would add a bit of flavour. 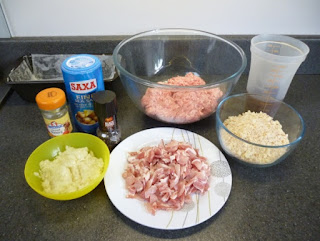 Pete: Very meaty-good with the mustard! 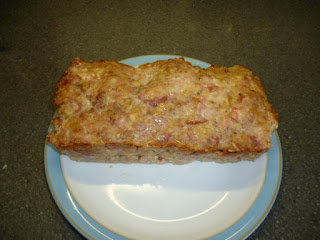 Elspeth: The onion taste is quite strong. Might be nicer with a bit of boiled egg and salad

Verity: Lovely, would be very nice with a roast!

Written by
Elspeth Bower, Archivist
Posted by Hull History Centre at Thursday, May 28, 2015 No comments: Links to this post