February has been LGBT History Month and the theme for 2017 is PHSE, Citizenship and Law. 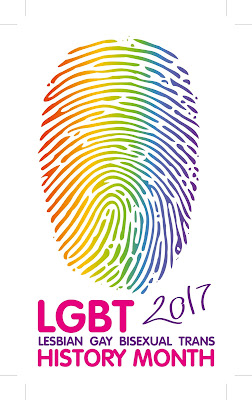 2017 marks the 50th anniversary of the 1967 Sexual Offences Act, which decriminalised homosexual acts in private in England and Wales, so I decided to look through the archive of Liberty (formerly the National Council for Civil Liberties) to see whether we hold any relevant material.
I discovered a file of press cuttings from the 1950s and 1960s (reference U DCL/178/10) which proved fascinating reading, as they demonstrate attitudes and viewpoints which seem archaic and sometimes horrifying to a modern reader. The Observer reported, in a February 1954 article, that:
Modern psychology taught us that homosexuality was a form of illness – physical as well as mental – which might be cured, and not a crime, which must be punished.
This argument was frequently cited in the press as a reason for law reform. The risk of blackmail was another, as a piece in The Times from May 1954 illustrates:
[The current law] unintentionally creates conditions favourable to blackmail. The man who fears exposure for adultery or some other legally unpunishable deed is equally liable to blackmail. But he, unlike the sexual invert, can put the police on to the blackmailer without fearing that he will himself be punished.
It was announced later in 1954 that an enquiry would be set up to investigate the laws.

Following the Wolfenden Report in 1957, which recommended reform of the law, the government was unprepared to act but there were some attempts by members of Parliament and campaign groups to push for reform.

It was not until 1965, however, that momentum began to really build, as Lord Arran in the House of Lords and Leo Abse in the House of Commons began the process of change. Although many in Parliament supported reform, that did not mean that they viewed homosexuality in the way society does today. The Sun reported on 13 May 1965, “17 out of 22 peers who took part in a Lords debate had spoken in favour of this reform”; it went on to record that the Archbishop of Canterbury, Dr Michael Ramsey, supported reform although “[he] said homosexuality was a sin, but all sins did not have to be treated as crimes.”
On 24 May 1965 the House of Lords debated a Bill to reform the law. One of the strongest voices against reform was Field-Marshal Viscount Montgomery, whose opinion as reported in The Sun was:
To condone unnatural practices seems to me wholly wrong. One might just as well condone the Devil and all his works.
The voices in favour of reform included Lord Arran, who introduced the Bill, who said “Was it right a man should be persecuted and prosecuted for what he was born to be?” He went on to say, “I pray… that this House may show itself to be the place I believe it to be – a place of progress and compassion.” The Marquess of Queensbury said, “When my children grow up they will be amazed that laws of this sort could exist in the middle of the 20th century.”
The 1965 Bill in the House of Lords was not adopted by the government, but in 1966 Leo Abse introduced the Sexual Offences Bill in the House of Commons. He spoke at its second reading, demonstrating again that even supporters of reform used language which seems, shall we say, unhelpful to today’s ears. The Guardian reported:
Mr Leo Abse (Lab. Pontypool) said that the law offered homosexuals the “brutal choice” of either celibacy or criminality with nothing in between. … [Mr Abse said] “We are dealing with large numbers of people who apart from this particular aberration, are totally law-abiding.”
This time the reformers were successful, and the Act was passed. In the years since there have been arguments and debates about its merits and failings, but it’s surely worth commemorating as a step on the road to equality.