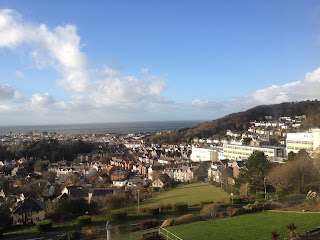 I recently travelled across the snow-covered country to a very wet Aberystwyth to attend the December meeting of the UK Archivematica User Group kindly hosted by The National Library of Wales.

Rachel identified the need to think about the wider environment when weighing up which to use - as on a paper, the two systems could be said to do the same things. In practice this is not necessarily the case. She encouraged us to consider what kind of data or records you have, what you are trying to get out of a system and what your institutional context is.

The University of Lancaster is quite ambitious about the amount of input they want into a digital preservation system – they are not looking for a “hands-off” approach of feeding material in and expecting the system to do all the work. From that perspective, Archivematica is Rachel’s preferred option. Her testing had also found that though the two systems are largely on a level-footing when it comes to file format identification, Archivematica narrowly has the edge when it comes to research data, especially with compressed files. She has found Preservica to be better for reporting as this functionality is built into the system whereas you would need to plug another application in to Archivematica yourself to produce meaningful reports.

It was highlighted that Preservica creates much shorter METS files than Archivematica – this lead to some debate in the room as to whether Archivematica’s METS files are too long. Do we need all the information they include? And do they take up too much space? Rachel concluded that for her institution (with its primary focus being the long term preservation of research data), her preference was for Archivematica but that for other people working in different contexts she would be equally glad to recommend Preservica. 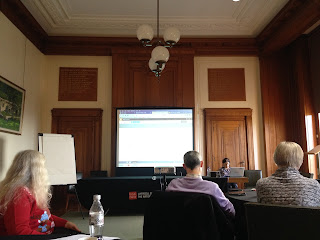 It’s thought-provoking to hear about peoples’ opinions about the two systems having moved from using Preservica in my last job to Archivematica here at the History Centre.

An update from Jen Mitcham at the Borthwick Institute at the University of York emphasised the need, when using Archivematica, to have a really robust and clearly defined IT support network in place. It brought to light the fact that open source ≠ free when you take into consideration the staffing and intense IT support required.

There was a group session to discuss what changes people have made to their Format Policy Registry (FPR) on Archivematica. This is a database that allows users to define policies for processing particular file formats e.g. what preservation and access formats to normalise to and what tools to use for that normalisation. There was shared agreement in the room that it would be useful to know what tweaks other institutions have made, how those institutions are similar/different to yours and why they have made those tweaks. Some people questioned the practice of normalising JPEG to TIFF, especially given that TIFFs take up so much space and asked the question, “what are we gaining?”. Are we guilty of following such practice because “it’s just the done thing”?

There was acknowledgement that several institutions don’t feel they have the time, resources or expertise to be modifying the FPR - especially on an ongoing basis - and would like to be able to look to Artefactual to provide best-practice “default” settings for the FPR. Interestingly, later on during his update, Matthew Addis from Arkivum announced that Archivematica and Preservica are collaborating to investigate FPR and possibly produce an interoperable registry shared between the two systems.

All in all it was a very useful and informative day. Thank you to our hosts at the National Library of Wales for being so accommodating and providing a slap-up Christmas lunch!