It has been awhile since we last provided an update on the Docks Board Project [C DPD], but not to worry…we’ve been busy working away behind the scenes. The last month saw the start of the arrangement and description of large maps and plans from the Humber Conservancy; these items are so large that they have to be stored away from the rest of the collection in a separate room, designed to cope with large format items.

These items have been a challenge for History Centre staff for some time. Many plans were combined together in massive rolls, which when coupled with an incomplete catalogue made finding and retrieval difficult…if not impossible.

Their arrangement and description has also been a challenge for the same reason. The enormous size of the plans, combined with the need to unroll them all individually to examine them, has meant that a large amount of space has been needed to undertake this work. Thus the reason we lost no time taking advantage of an opening to use the lecture theatre here at the History Centre for almost three weeks for cataloguing this material. If you’ve visited us recently you may have seen me at work.

The highlights of this work include series of charts showing soundings taken by the Humber Conservancy Board during annual surveys of the Upper, Middle, and Lower Humber from the early to mid-twentieth century. Unlike today, this work was extremely time consuming and it could take months to survey a single section of the Estuary.

The annual charts in particular allow changes in the sand banks and navigable channels in the Humber to be tracked over time, along with changes made by the Conservancy Board to the positioning of seamarks (buoys, floats, and lightships) to alert mariners to the new conditions.


In addition to charts of the Humber, the collection also includes a fair number of technical drawings of ships and launches in service with the Humber Conservancy Board. This includes the famous Spurn Lightship HCB LV. 12, and its successor HCB LV. 14. It also includes plans of buoy servicing vessels used to add, remove, re-position, or repair seamarks on the Humber, and plans of various buoys and floats.

We also have a small number of plans of lightships in service with London Trinity House, which provide a broader overview of lightship design around the mid-twentieth century and show the influences at work on lightships based on the Humber.


In addition to arrangement and description, we have also been taking measures to improve the storage conditions of these plans to better conserve them for future generations, and to ease retrieval when requested by readers.

To this end Pete has been busy with our box making machine, producing custom boxes which can accommodate these large items. His handy work can be seen in the photograph (right).

Cataloguing work is still ongoing, and while much work remains we are expecting the final catalogue to go live within the next few months.

This Month in Hull: June

This month's 'This Month in Hull' blog, is inspired by a little book from our Local Studies collection titled ‘Hull 2017: 2,017 facts about Hull and people associated with the city’, compiled by James L. Orwin.

Whilst flicking through, I thought the concept would make a great, if slightly eclectic blog. What follows, therefore, is a series of interesting facts supported by images from Hull History Centre collections, and the only link is that these things happened in bygone Junes. If nothing else, it will make good pub quiz fodder!

Beginning in 1800, on the 21st, Dr John Alderson laid the foundation stone of the Hull Subscription Library building in Parliament Street. To mark the opening of the new rooms, a meeting was held at which the below address was given in 1801 [C DMGB/1/5/3]. 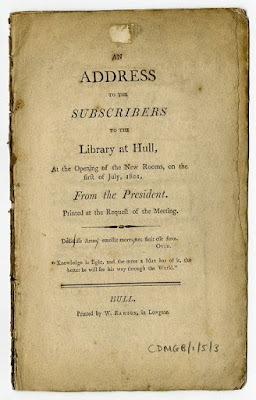 In 1829, on the 1st, Junction Dock was officially opened. This plan of Hull, dated 1829, shows the existing docks and harbours, alongside the new Junction Dock [L MAPS]. 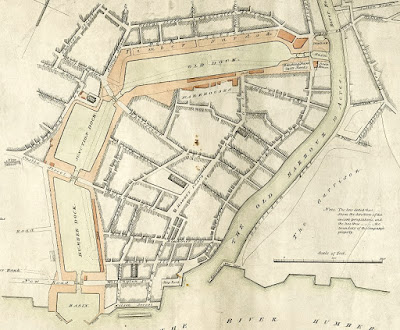 In 1846, on the 18th, Railway Dock was opened for shipping. This plan shows railway dock alongside existing docks in 1855 [L MAPS]. 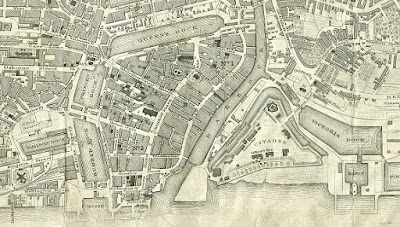 In 1861, Joseph Henry Fenner founded a leather belt and currying business at 21 ½ Bishop Lane, which would go on to become The Fenner Group. This extract from the 1863 Hull trade directory shows Fenner to be in occupation of the said premises. 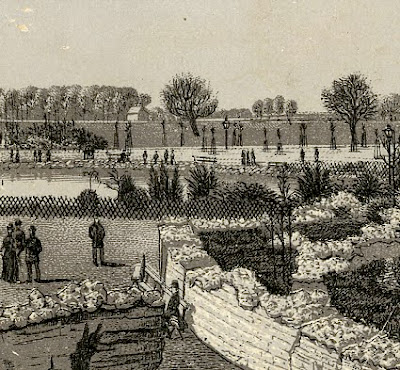 In 1914, on the 1st, Tower Picture Palace was opened on the north side of Anlaby Road, towards the city centre. Designed by H. Percival Banks, it was a single screen cinema with seating for 2000 people. This Air Raid Precaution (Fire Guards Section) card shows that the manager of the cinema in 1942 was Noel Greenwood of 132 Westbourne Avenue, Hull [C TYR/15590]. 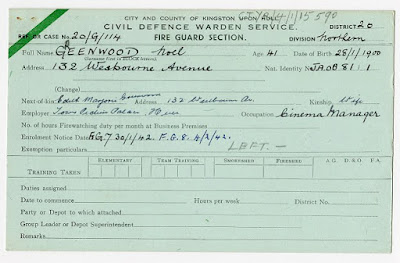 In 1981, on the 24th, a ferry service between Hull’s Corporation Pier and New Holland Pier ceased to run, and the Humber Bridge opened to traffic. This illustration shows one of the proposed bridge designs, which was ultimately not selected [L.624.1.84]

If you are intrigued by any of these facts, drop in and see what other information we might have here at Hull History Centre. You can also search our catalogue for more information on our holdings.

Posted by Claire Weatherall at Friday, June 22, 2018 No comments: Links to this post

Dare we mention the word ‘Christmas’ whilst we have over 6 months to go until Santa does his rounds? We promise there is a good reason...
Here at Hull History Centre we are looking for examples of historical Christmas cards and we need your help! In November, we are hoping to put on an exhibition looking into the history of Christmas Cards.


For the origin of the Christmas card we need to go back to 1843. Sir Henry Cole, best remembered today as the founder of the Victoria and Albert Museum in London, had the misfortune of having too many friends. In Victorian England, it was considered impolite not to answer mail and Cole was an enthusiastic supporter of the newly introduced ‘Penny Post’ postal system. He devised a way of responding to all of his friends by approaching an artist friend, John Callcott Horsley, and asking him to design a card which included the generic greeting “A Merry Christmas and A Happy New Year To You.” This is thought to be the first Christmas card.

It took several decades for the practice to really catch on. Once it did, it became an integral part of Christmas and appreciation of the quality and the artistry of cards grew in the late 1800s. In more recent years Christmas cards have become big business. Despite the fact that they have become increasingly expensive to post and to buy, there are still plenty of people who love to send and to receive them every year.

The earliest example found at Hull History Centre so far dates from 1868. In almost perfect condition with nothing written inside, the design is extremely delicate having an intricate lacework pattern.


Here is where you come in...
Ideally we would like any Christmas cards that were not mass produced and could potentially be of historical interest.

To help you, we would be interested in the following:

If you think you have anything of interest we would love to hear from you. Contact us at hullhistorycente@hcandl.co.uk giving your name and an image of the card. Alternatively, you can drop in to our building on Worship Street with any cards that you might have identified. Someone will be able to advise you on the next steps. Don't forget to tell us the story behind the card if there is anything interesting or unusual to tell.


Any cards we receive will potentially be used in our exhibition. After this, the cards could be returned to you, or we would be happy to keep them as we will be creating an archive collection specifically for this project. This collection will be preserved so that future generations can enjoy and discuss the items therein.